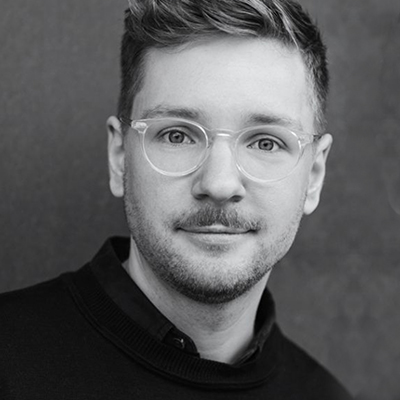 Tim is a northern German native and Berlin based Production Designer and Set Decorator. His
passion for the arts, film and theater began at a young age. He’d spend his free time as a child taking in each and every kitschy theater production that his province town had to offer. Fleeing the smalltown nest, Tim went on to study Film at the University of Fine Arts (HfbK) in Hamburg. During his time there, he worked in a variety of creative roles in art department, such as Set Dresser, Assistant Production Designer and Set Decorator. In 2011 his first independent work as Production Designer for Commercials and Shootings followed, in 2015 the first Production Design for a TV-movie („Strawberry Bubblegums“ by Benjamin Teske). In 2017/18 he was invited to participate at the „Art Department Masterclass“, visiting Iceland and Lithuania. In 2020, Tim was nominated for „Best Production Design“ at the German Film Awards (Deutscher Filmpreis / Lola) for his work on ‚Freies Land‘ by Christian Alvart.